Your Life Is a Paradox!

Paradoxes—seemingly true statements that are also contradictory so they defy logic—are all around us and can stymy us if we can’t make sense of them. Laurence De Rusha teaches us the value of understanding paradoxes through illuminating examples from philosophy, our daily world, and his own life. 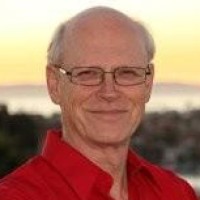 How To Embrace Change for the Better

An Effective Remedy for the Overburdened Mind