What can you do to control your fear? Here are several simple and effective strategies.

Fear is our most basic human shadow. Fear of death, rejection, failure, confrontation – even fear of success end up unconsciously running our show.

In order to overcome fear, first identify what your typical fear response is.

One of the prescribed anecdotes in the yoga psychology is to do the exact opposite.

Prati means the other/opposite; Paksha is side/aspect; Bhavana is feeling. It is to consciously cultivate the opposite emotion.

If you’re feeling lazy, hesitating or procrastinating out of fear – literally get your body moving. Take action. Ask yourself what is the next right step. Just do it.

Fear is tamasic or stagnant energy. As soon as you physically shift your state – your psyche will follow. Go to the gym, a yoga class, a brisk walk or run. Exercising will immediately shift your bio-chemistry by helping to flush out the stress hormones of adrenaline, norepinephrine and cortisol, while producing more “feel good hormones” of oxytocin, serotonin and melatonin.

Take baby steps towards a conversation that you are resisting and afraid of.

This also means, name your fear. Practice telling the truth. Silence is the conspirator of fear. As soon as you break the seal of silence – fear begins to dissipate and lose its power.

Call a trusted friend and name your fear. Or, as my teacher Mona Miller taught me, write in your journal the spontaneous, stream of consciousness answer to:

Opening the Pandora’s Box of fear begins to dissolve the shame accompanying fear and is the first step in building courage.

Get honest about your fear so that you are not stuffing down, repressing and shutting down all the very valuable and valid inner voices.

Please leave a comment with what tactics work for you to overcome fear! 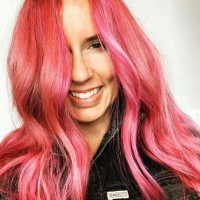 About the Author Ashley Turner

A yoga instructor, mind-body psychotherapist, author and Ordained Priestess, Ashley is the creator of several best-selling yoga dvds, co-author of Aroma Yoga and co-founder of the popular digital program LIVE YOUR TRUTH. LOVE YOUR LIFE.

How To Embrace Change for the Better

Thinking Forward – How to Make Your Dreams Move Towards You